On the 20th anniversary of CIO&Leader Conference, we honoured 10 visionary IT leaders in India for their leadership, vision, professional excellence and contribution to the community. The recipients were selected by a jury panel of erstwhile CIOs. 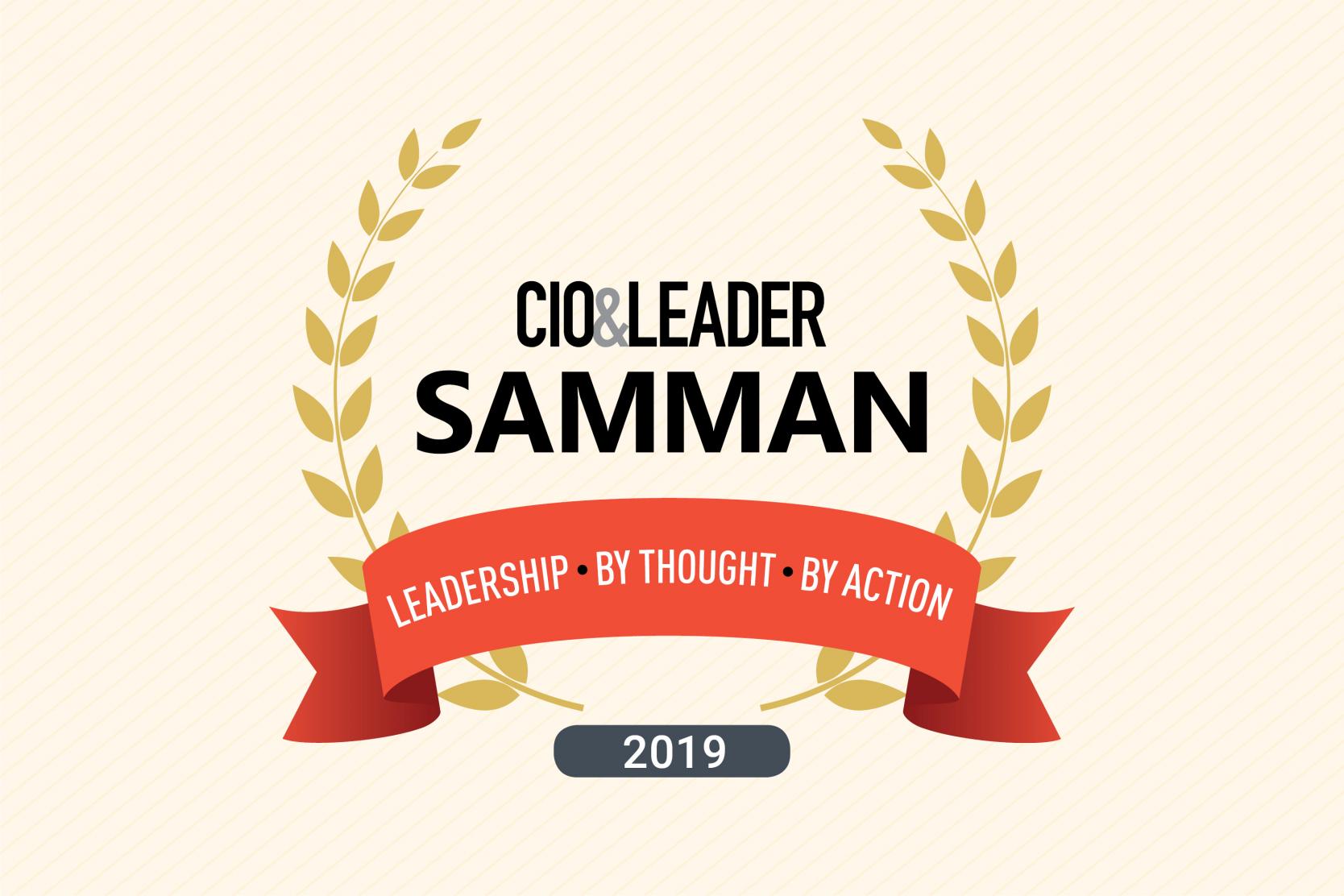 CIO&Leader, has never ‘bestowed’ ‘awards’ on CIOs. And that continues.

IT NEXT, its sister publication, does organize annual NEXT100 awards for the future CIOs or the next generation IT leaders. These awards, chosen by veteran CIOs, after a rigorous online psychometric test, were instituted to address a pressing need before the CIOs—to identify next IT leaders for smooth succession planning. After ten years, we can say in hindsight, that NEXT100 has been able to meet this need to a great extent. More than 20% of winners are already CIOs and many are waiting in the wings.

What you see here is not another set of awards. They are, on the occasion of the 20th annual conference of CIO&Leader, our way of acknowledging the role of some veteran CIOs for their leadership and contribution to the community.

The ten eminent IT leaders who feature in this issue are recipients of CIO&Leader Samman 2019.

Let us emphasize it a million times—it is honour, not award. We can only honour these visionary leaders; can never think of bestowing awards on them.

The idea of Samman came when we were looking at celebrating the 20th anniversary of annual CIO&Leader Conference. Rather than making song and dance about ourselves and boasting about what we have done—we thought of acknowledging the people who have made it possible, not just by being helpful and cooperative but also by actively guiding us, showing us the way, whenever we have needed their advice. In the classic Indian way, we thought of showing our humble respect to the veteran leaders among them.

That explains why we chose a Sanskrit word, Samman, for the honours.

“The CIO&Leader Samman, as the name denotes, is an honour for the veteran CIOs for their contribution and achievements. It is not an award. We, as a community cause facilitating platform, can only honour them with humility, not bestow awards on them,” says Kanak Ghosh, Publisher, CIO&Leader and Director 9.9 Group.

Once the idea set in, the question was—who would select the honourees? We thought the best people to do that would be the people from the same community, who have literally ‘been there, done that’.

For the purpose, we requested three highly respected erstwhile CIOs to be part of a jury panel. The three jury members are:

We decided to follow the peer nomination route and asked the CIOs to nominate a maximum of three CIOs for the honour.

But before that the criteria were finalized, in consultation with the jury. To be considered for the Samman, the CIOs should meet the following basic criteria:

For all these considerations, 30 June 2019, was taken as the reference date.

These criteria were publicized for the people who would nominate. Many CIOs came back with their nominations.

While each of the valid nomination—those meeting the criteria—were considered by the jury for the honour, the number of nominations had no bearing on the final selection. That choice was completely the jury’s.

The jury took into account the CIOs’ professional achievements, use of IT to maximize strategic values for businesses that they have been associated with, their leadership, and their contribution to and participation in the community cause.

The jury members personally knew most of the nominees, 43 in number. After discussing among themselves, they came out with a list of ten recipients. The number of awards was also decided by the jury panel.

The 10 recipients of the Samman, in alphabetical order, are:

As can be seen, they are all highly respected members of the community. Most of them have spent significant time (more than 5 years) in the current organization. And all of them acknowledge that the role of CIO is beyond technology. It is creating business value for the organization.