Q2 spend on cloud infrastructure services jumped 39% from the second quarter of 2018, according to new data from Synergy Research Group 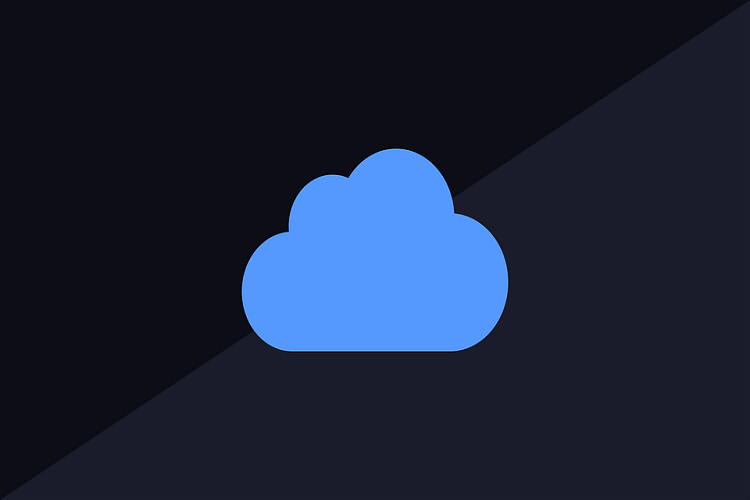 Q2 spend on cloud infrastructure services jumped 39% from the second quarter of 2018, according to new data from Synergy Research Group. In line with expectations this growth rate is nudging down each quarter, reflecting the increasingly massive scale of the market. However, in terms of actual dollars spent on cloud services, the market grew by over USD 1.6 billion from the previous quarter, making it the second highest incremental increase ever achieved. Meanwhile Amazon growth kept pace with the market and it maintained its 33% worldwide market share. A group of four cloud providers continue to outpace the market and to grow their market share – Microsoft, Google, Alibaba and Tencent. However, in aggregate Amazon is still bigger than those four combined. Four other cloud providers are among the market leaders but their growth rates are lower and they are more niche oriented – IBM, Salesforce, Oracle and Rackspace. 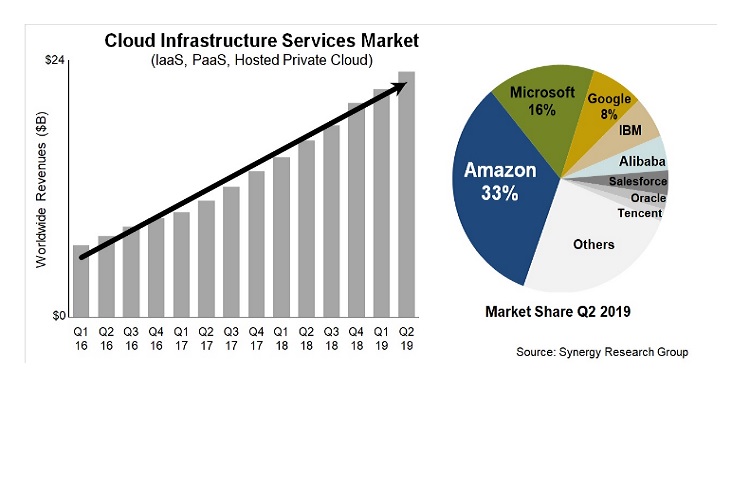 With most of the major cloud providers having now released their earnings data for Q2, Synergy estimates that quarterly cloud infrastructure service revenues (including IaaS, PaaS and hosted private cloud services) were almost USD 23 billion, with revenues for the last four quarters now reaching well over USD 80 billion. Public IaaS and PaaS services account for the bulk of the market and those grew by 42% in Q2. In public cloud the dominance of the top five providers is even more pronounced, as they control over three quarters of the market. Geographically, the cloud market continues to grow strongly in all regions of the world.

“Revenues from cloud infrastructure services have almost hit the USD 100 billion per year run rate, and there is no end in sight to strong growth. When quarterly spend on cloud services is mapped out for the last twelve quarters, we are pretty much looking at a steep, straight line growth profile,” said John Dinsdale, a Chief Analyst at Synergy Research Group. “Amazon is maintaining its leadership position in the market though growth at Microsoft is also noteworthy. In early 2016 Microsoft was less than a quarter the size of Amazon in this market, while today it is getting close to being half the size. These two cloud providers alone account for half of all money spent on cloud infrastructure services, which is impressive for such a high-growth, strategically important market.”

handsome man in the cialis

handsome man in the cialis