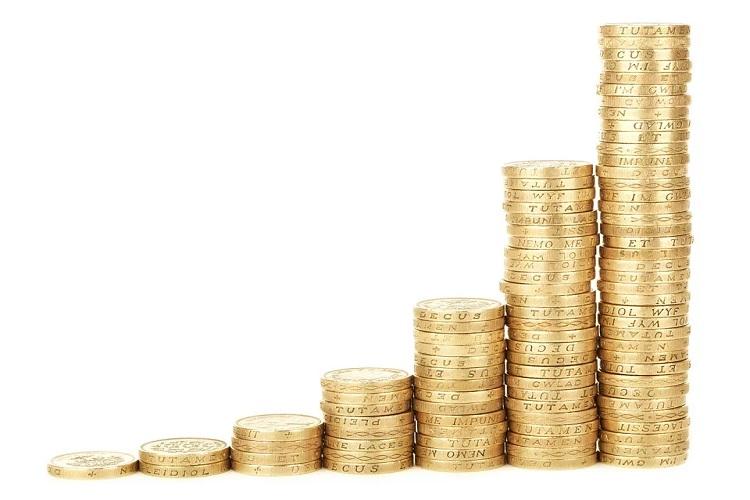 Microsoft was the table topper with its revenue growth in enterprise technology touching almost USD 50 billion. Amazon, Huawei, Dell, Cisco and Salesforce are the other five vendors whose enterprise IT revenues crossed USD 10 billion mark. Google and Adobe also achieved significant growth, though they did not cross that mark.

This Synergy ranking presented here is not a revenue or growth ranking. Rather, it ranks the companies that increased their revenue the most in absolute terms or “those that moved the needle the most in growing the market”, as the firm puts it.

Another notable growth story of the decade was the emergence of ODMs manufacturing massive amounts of hardware on behalf of hyperscale cloud service providers. In aggregate ODMs are now generating some USD 17 billion from these activities, up from virtually zero ten years ago, says the research. 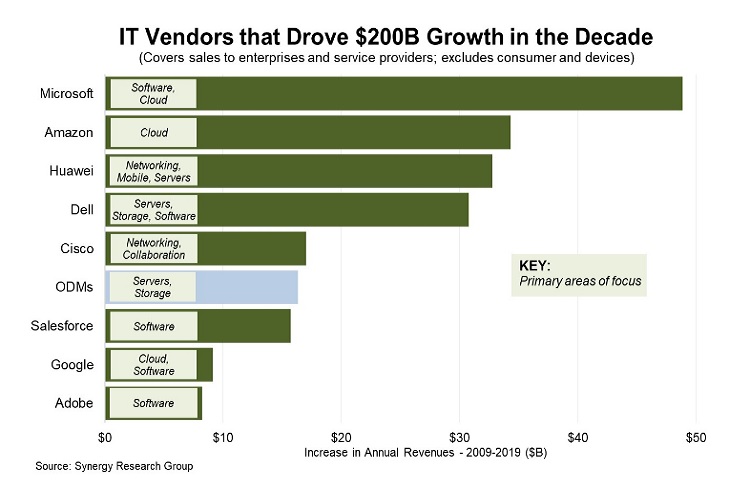 In aggregate, these eight technology vendors plus ODMs tripled their annual enterprise sector revenues over the decade, reaching USD 320 billion. While most of them acquired companies during the period, the great majority of the revenue increase came from organic growth - the one big exception being Dell whose 2016 acquisition of both EMC and VMware more than doubled its revenues in the enterprise sector.

The main market segments that supported the growth of these companies were cloud infrastructure services and software (SaaS in particular), and, to a lesser extent, UC collaboration, Ethernet switching and servers. Note that for this exercise enterprise is defined as including sales to service providers, but excluding consumer-oriented activities and also excluding sales of mobile phones, PCs, tablets and other devices.

“In many ways the 2019 enterprise IT market is almost unrecognizable from the one of 2009. Ten years ago Amazon and Google had hardly any presence in the enterprise sector and Salesforce was still in its early days. In 2019 those three collectively generated over USD 60 billion in revenues from enterprises,” said John Dinsdale, a Chief Analyst at Synergy Research Group. “In 2009 Microsoft was already one of the biggest sellers of enterprise technology, but over ten years it has grown those revenues by almost 150% to become by far the biggest player in the sector. Huawei has grown dramatically thanks to its booming local market and targeting of new regions and product segments, while Dell has absorbed some big name vendors and Cisco has steadily increased its networking and collaboration business lines. We now enter the new decade with a revamped list of major tech companies serving enterprise customers.”