Businesses, however, are optimistic about their ability to keep funding investments in cloud and new technologies including Artificial Intelligence (AI) and the Internet of Things (IoT) 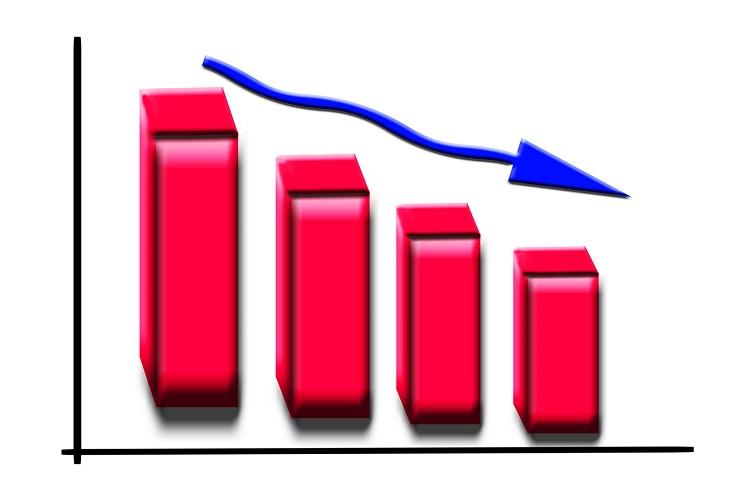 The overall tech spending is forecast to decline in 2020, according to IDC’s new index of leading indicators for IT spending. However, IDC also highlights opportunities where businesses may be looking to increase short-term investments as part of their response to the COVID-19 crisis.

Enterprise respondents to a global survey identified expected cuts in spending on traditional technologies including PCs, mobile devices, server/storage infrastructure, and IT services, but was more optimistic about their ability to keep funding investments in cloud and new technologies including Artificial Intelligence (AI) and the Internet of Things (IoT).

“There are individual examples of organizations increasing their IT spend on technologies such as laptops in order to support employees working from home, but the overall survey results support our view that total spending on those products will decline as many companies revert to contingency plans and cuts in capital spending,” said Stephen Minton, vice president in IDC’s Customer Insights & Analysis group. “Cloud seems to be resilient with some firms continuing to increase their spending even while others focus on ways to cut costs in the short term.”

The COVID-19 Tech Index uses a scale of 1000 to provide a directional indicator of changes in the outlook for IT spending. The index is based partly on a global survey of enterprise IT buyers and partly on a composite of market indicators, which will be calibrated over the next few months with country-level inputs relating to the impact of factors including medical infection rates, social isolation, and government stimulus. A score above 1000 indicates that IT spending is expected to increase, while a score below 1000 points towards a likely decline.

Buyer intent in the most recent survey, conducted in the last week of March, was broadly flat overall with expected IT spending declines in Europe and Asia/Pacific offset by more bullish expectations amongst US survey respondents.

“There is probably some lag in the full impact of COVID-19 becoming apparent to all enterprise IT buyers,” said Minton. “Some US firms were still projecting overall budget increases as late as the last week of March, but we think this is more likely to go down than up in the coming weeks. European firms were the most pessimistic in terms of overall IT spending.”

Market indicators are more negative than buyer intent surveys with economists having significantly lowered their outlook for the rest of 2020 after the release of limited data related to employment and other factors. There is still a huge amount of uncertainty, however, and these indicators may also trend down in the coming weeks. The pace of recovery in the second half of the year remains a major question. 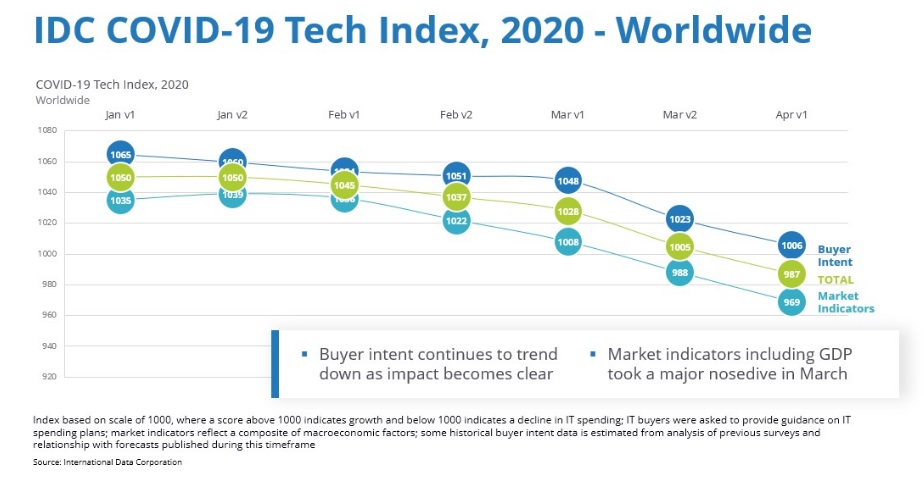 The IDC COVID-19 Tech Index is a leading indicator for IT spending, which is designed to provide rapid updates to changes in buyer sentiment and underlying market indicators before these are factored into official market and macroeconomic forecasts. The index is based on a scale whereby a score higher than 1000 indicates growth in IT spending, while a score below 1000 indicates a decline.

The index is based on surveys of enterprise IT buyers around the world, who are asked to provide guidance on a variety of factors including general business confidence, overall IT spending plans, and specific changes to budget allocations for individual technologies. Additionally, the index score is weighted with a composite of “market indicators” including macroeconomic forecasts calibrated with inputs relating to medical data, social isolation measures, and the impact of government stimulus plans.