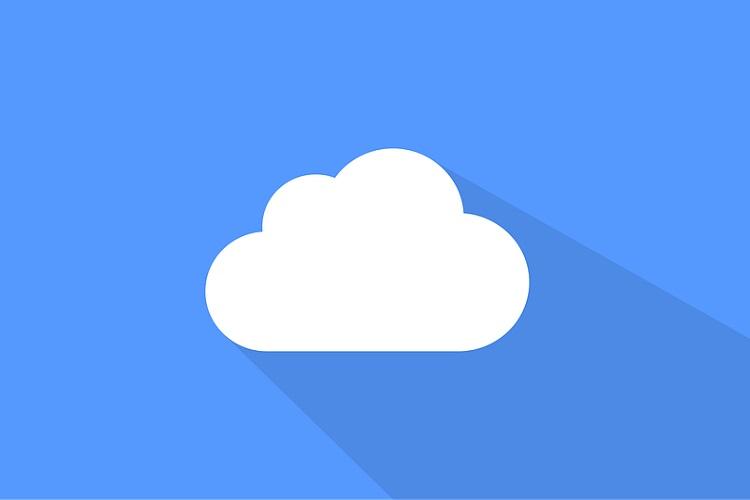 Vendor revenue from sales of IT infrastructure products (server, enterprise storage, and Ethernet switch) for cloud environments, including public and private cloud, increased 2.2% in the first quarter of 2020 (1Q20) while investments in traditional, non-cloud, infrastructure plunged 16.3% year over year, according to IDC’s Worldwide Quarterly Cloud IT Infrastructure Tracker.

The broadening impact of the COVID-19 pandemic was the major factor driving infrastructure spending in the first quarter. Widespread lockdowns across the world and staged reopening of economies triggered increased demand for cloud-based consumer and business services driving additional demand for server, storage, and networking infrastructure utilized by cloud service provider datacenters. As a result, public cloud was the only deployment segment escaping year-over-year declines in 1Q20 reaching USD 10.1 billion in spend on IT infrastructure at 6.4% year-over-year growth. Spending on private cloud infrastructure declined 6.3% year over year in 1Q to USD 4.4 billion.

At the regional level, year-over-year changes in vendor revenues in the cloud IT Infrastructure segment varied significantly during 1Q20, ranging from 21% growth in China to a decline of 12.1% in Western Europe. 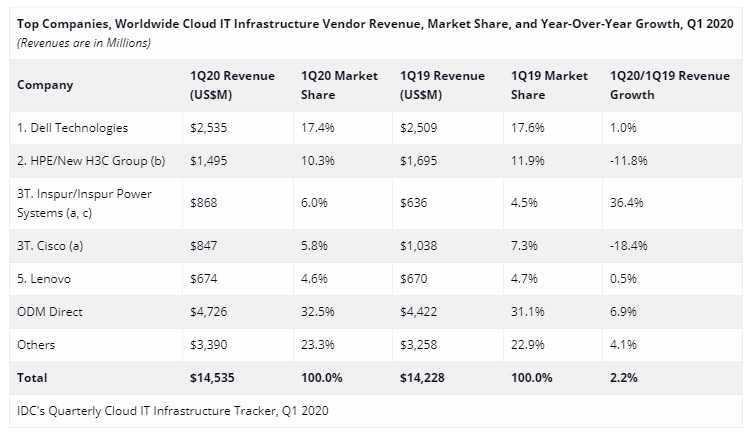 a. IDC declares a statistical tie in the worldwide cloud IT infrastructure market when there is a difference of one percent or less in the vendor revenue shares among two or more vendors.

b. Due to the existing joint venture between HPE and the New H3C Group, IDC reports external market share on a global level for HPE as "HPE/New H3C Group" starting from Q2 2016 and going forward. 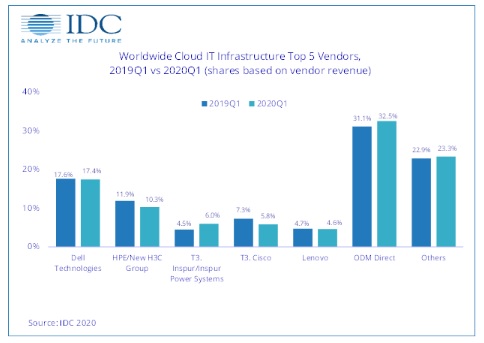 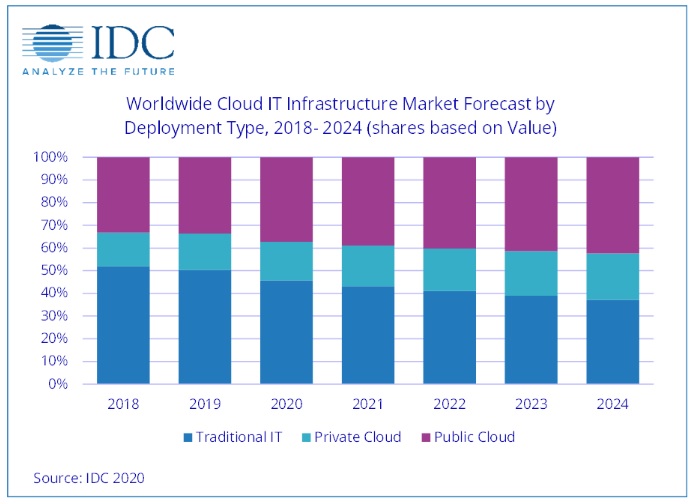