There has been an increase of USD7.5 billion in cloud infrastructure services spending from the second quarter of 2019 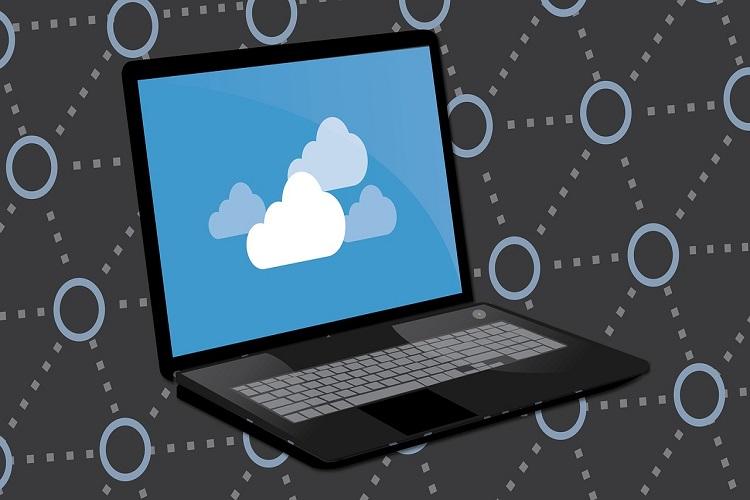 Q2 spend on cloud infrastructure services passed the USD30 billion milestone, an increase of USD7.5 billion from the second quarter of 2019, according to new data from Synergy Research Group. This continues the trend of ever-larger increments in cloud spending. Q2, 2019 spending grew USD6.5 billion from Q2, 2018, which in turn grew USD5.5 billion from Q2, 2017. Amazon market share remained at its long-standing mark of around 33%, while Microsoft was at 18% for the third consecutive quarter and Google share nudged up to 9%. In aggregate, Chinese cloud providers now account for over 12% of the worldwide market, led by Alibaba, Tencent and Baidu. The top eight cloud providers now account for 77% of the worldwide market. They are followed by a long tail of small providers or large companies with a minor position in the cloud market. 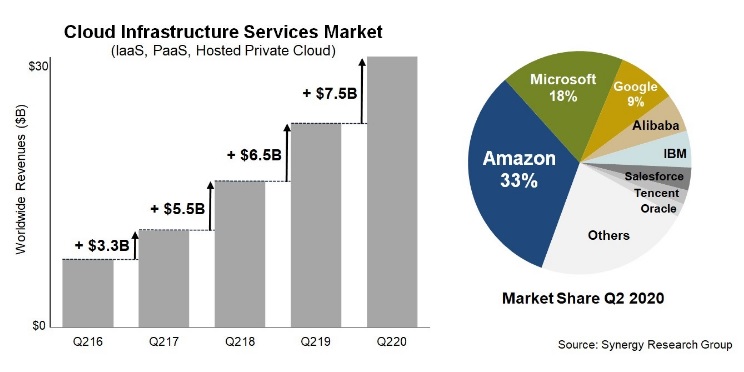 With most of the major cloud providers having now released their earnings data for Q2, Synergy estimates that quarterly cloud infrastructure service revenues (including IaaS, PaaS and hosted private cloud services) were almost USD30.5 billion, with trailing twelve-month revenues reaching USD111 billion. Public IaaS and PaaS services account for the bulk of the market and those grew by 34% in Q2. The dominance of the top five providers is even more pronounced in public cloud, where they control almost 80% of the market. Geographically, the cloud market continues to grow strongly in all regions of the world.

“As far as cloud market numbers go, it’s almost as if there was no COVID-19 pandemic raging around the world. As enterprises struggle to adapt to new norms, the advantages of public cloud are amplified,” said John Dinsdale, a Chief Analyst at Synergy Research Group. “The percentage growth rate is coming down, as it must when a market reaches enormous scale, but the incremental growth in absolute dollar terms remains truly impressive. The market remains on track to grow by well over 30% in 2020.”