Not yet, but VMworld 2020 saw many important strategic announcements that would help position VMware as a far more critical player in the enterprise technology landscape 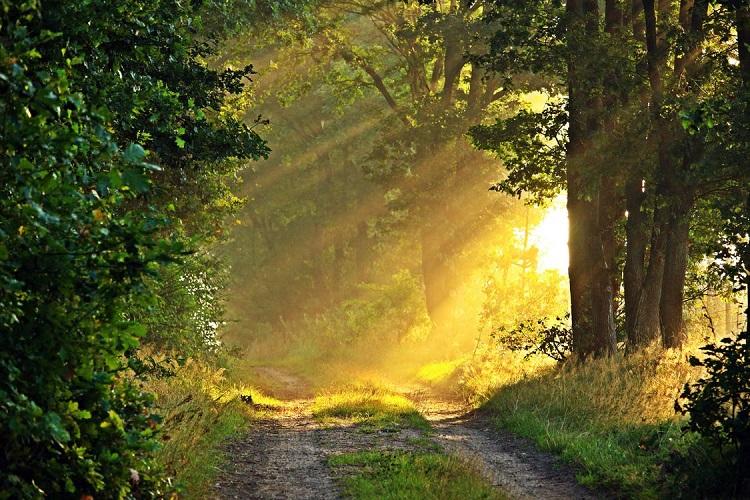 Are we likely to see a new VMware soon, post the plethora of announcements at VMworld 2020 and the directions that they demonstrated?

If you are a confirmed VMware supporter, this question would look out of place to you—was there even a need for that? It has been treading on the hybrid, multi-cloud path, with promises of security and manageability loud and clear. In its new messaging of late—revolving largely around its VMware Cloud Foundation (VCF)—explicit reference to traditional virtualization offerings is very subdued. So, it was on a new path, anyway.

But if you a cynic, you will point out that there is still a long way to go before CEO Pat Gelsinger’s claim of VMware delivering “the digital foundation for an unpredictable world” can be considered a legitimate claim.

Both the opinions are right, in their own ways. The direction is most definitely there, which confirms the opinion of the supporter camp and it is still some way from that destination, which is what the cynics would say.

That is why the time to examine the question is now.

For that, let’s break up the big question into two sets of specific questions:

This is all about offerings, their completeness, the future path and tapping new unexplored opportunities. Let’s address one question at a time.

Is the portfolio more comprehensive now? For any company worth its name, an annual event like this is a great opportunity to announce a series of new products, solutions and investments. VMworld saw a whole lot of that. And many of them are continuations of its existing strategy. 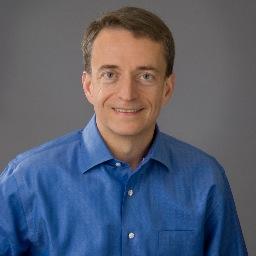 This is what CEO Gelsinger said at VMworld 2020, “We deliver five critical building blocks. First, app modernization with Tanzu. Second, our multi-cloud portfolio with VMware Cloud. Together, app modernization and multi-cloud form the core stack. They go together like fish and chips. Then, there’s digital workspace, the key to driving employee engagement. Underlining it all is our Virtual Cloud Networking portfolio. And perhaps most importantly, intrinsic security is architected into everything that we do. Putting it all together, it is the digital foundation of an unpredictable world.”

Till you come to the last line, it all adds up nicely. Traditionally, VMware has been an infrastructure company. Since it has been active on the public cloud front, it has been strengthening its application side offering. Introduced at the last edition of VMworld in 2019, VMware Tanzu, a portfolio of products and services for modernizing applications and infrastructure, has been the mainstay of its messaging of late. Over the last year, VMware has rapidly added to the Tanzu portfolio, expanded its partner ecosystem, and added new customers even while continuously adding to the capability through acquisitions like Bitnami, Heptio, Pivotal, and Wavefront—not to say that it has not done organic innovations. The company has also embedded Kubernetes in the VMware vSphere control plane, as vSphere with Tanzu, providing customers with a single platform for all applications.

Same goes for the ‘intrinsic security’. It has been a major component in its multi-cloud story—especially around the marketing of its NSX-T, now called NSX-T Data Center. In VMworld 2020, almost all new announcements—from applications to networking—emphasized on the intrinsic security part. In what it called the Next Wave of Virtual Cloud Network Innovation, VMware identified three areas of innovation, one of them being re-imagining ‘what’s possible in network security.’

“VMware will deliver unmatched levels of firewall performance and programmable intelligence to the Virtual Cloud Network by enabling VMware NSX to run on leading SmartNICs. This includes advanced security for bare metal and highly sensitive workloads such as databases which are hard to protect today. Additionally, it enables “air gapping” of infrastructure, separating applications and hypervisors from the security controls on the SmartNIC. VMware is also announcing VMware NSX Advanced Threat Prevention, which combines NSX Distributed IDS/IPS with advanced malware detection (sandboxing) and AI-powered Network Traffic Analysis (NTA) acquired from Lastline, Inc,” the company said.

“Legacy security systems are no longer sufficient for organizations that are using the cloud as part of their computing infrastructure. It’s time to rethink security for the cloud, organizations need protection at the workload level, not just at the endpoint. The future of cloud must be met with a better way to secure data and applications,” said Sanjay Poonen, chief operating officer, Customer Operations, VMware, while unveiling “VMware Carbon Black Cloud Workload”, leveraging the expertise of Carbon Black, which it acquired a year back.

Undoubtedly, VMware’s five building blocks are getting more and complete. The question about their leading to the “digital foundation of the unpredictable world,” remains though.

Is it addressing market gaps? While VMware did a number of announcements that are market-leading, one announcement stands out. That of Project Monterey—a technology preview focused on evolving the “architecture for the data center, cloud and edge to address the changing requirements of next-generation applications including AI, machine learning and 5G applications.”

Yes, it is still a technology preview and availability time frame is still not clear. But it has gone full stream by announcing ecosystem partners, such as Intel, NVIDIA and Pensando Systems and system companies, such as Dell Technologies, Hewlett Packard Enterprise (HPE) and Lenovo.

As organizations move to more distributed, data-intensive apps in the data-centric business models, by leveraging newer technologies like IoT and machine learning, this, if it manages to fulfil the promise it has started with, may effectively address the new needs.

As part of Project Monterey, VMware announced evolving VCF to support SmartNIC technology (also referred to as Data Processing Units or DPUs), which will help VCF to maintain compute virtualization on the server CPU while offloading networking and storage I/O functions to the SmartNIC CPU and rearchitecting VCF to enable disaggregation of the server including extending support for bare metal servers, which will enable an application running on one physical server to consume hardware accelerator resources such as FPGAs from other physical servers. Each SmartNIC would run a fully-featured stateful firewall and advanced security suite, reiterating VMware’s promise of ‘intrinsic security’.

Is it addressing the newer opportunities? Most technology companies have tailored their messaging around not just rebound, reimagine, New Normal—the phrases that have become popular post the pandemic but have repositioned their solution keeping an eye on the changes. So, ‘contactless’, ‘remote working’, ‘distributed workforce’, ‘secure access’ and ‘threats in the WFH,’ etc have become new themes to not just change the messaging but also realign the solutions.

It remains to be seen if customers see unique value in this offering.

But all these surely mean that VMware is now well suited to provide the five building blocks that Gelsinger promises.

But whether that would be enough for VMware to be consider a ‘digital foundation’ provider by the customers is still open for debate. Even bigger question is—even if it is—is VMware’s messaging good enough to capture the CIO mindshare?

That precisely is our next bucket of questions: VMware’s ‘new’ positioning before the customers.

Positioning before the customers

The positioning is mostly about being able to build a clear and convincing narrative. We take three specific questions.

Is the whole better than sum of parts? Though it still has a long way to go, VMware’s tying together of solutions is much better as compared to what it used to be. VMware got into people’s mindshare as a virtualization company. In fact, many junior techies would use vSphere as a synonym for VMware. So, when it expanded to public cloud, multi-cloud, it had to do a lot of convincing. One of the first steps was to integrate its vSphere, vSAN and NSX and package it as VMware Cloud Foundation (VCF) for the hybrid cloud era.

As illustrated above, it has since kept adding and integrating different components to provide better and bigger value to its customers. All it’s messaging in the last few years has been around VCF.

And the existing users of VMware have seen some enhanced value.

Is the messaging clear, rightly targeted and convincing? Can its traditional customer base be leveraged? These are two different questions but are dependent on each other. And this is where VMware has to do a lot of catch-up.

The new messaging of VMware around VCF has been targeted at the CIOs, pitching the strategic importance of VMware solutions for a new hybrid, multi-cloud era. In the last five years, most enterprise technology players—not just the application players like SAP, Oracle and Salesforce but also the likes of IBM, HPE, not to talk of Microsoft and Cisco—have retuned their marketing messages to position their solutions as business solutions. That is visibly missing from VMware’s messaging still.

While one can only guess why it is so, a plausible reason could be disconnect between the actual users of its traditional virtualization software and the target of the new messaging. The new messaging for VCF—not to talk of the builder of a digital foundation for the enterprise—should be clearly targeted to the CIOs, who themselves have gone through a mindset change, focusing more on business metrics.

There are two gaps.

One, the message is overtly technical. And while that is understandable, considering it comes from an infrastructure background, a bigger challenge is its assumption of selling to its ‘existing’ customers. That is where a bigger disconnect exists.

Take India. It is a country where VMware has a solid base, as India went for virtualization quite vigorously, thanks to the cost savings it provided. But much of the actual users of these solutions are junior techies, who, while understanding the improvements and newer capabilities of the solutions, are not exactly capable of appreciating the big message. That is not a problem as such. They do not have to take all decisions.

But then, the large ‘installed base’, for all practical purpose, becomes a myth. It can still sell its story but the installed base is not necessarily a big strategic advantage. It can at best be a small technical advantage and at best, can be leveraged for some commercial deals.

In short, the technical capabilities that VMware has built, and has announced in VMworld 2000, makes it much more competent to stake a serious claim as a critical and frontline enterprise technology player for the cloud era—but only if it gets its messaging right. By message, one means both the target and the narrative. Needless to say, the two should be in sync.