Q3 enterprise spending on cloud infrastructure services were almost USD 33 billion, up 33% from the third quarter of 2019 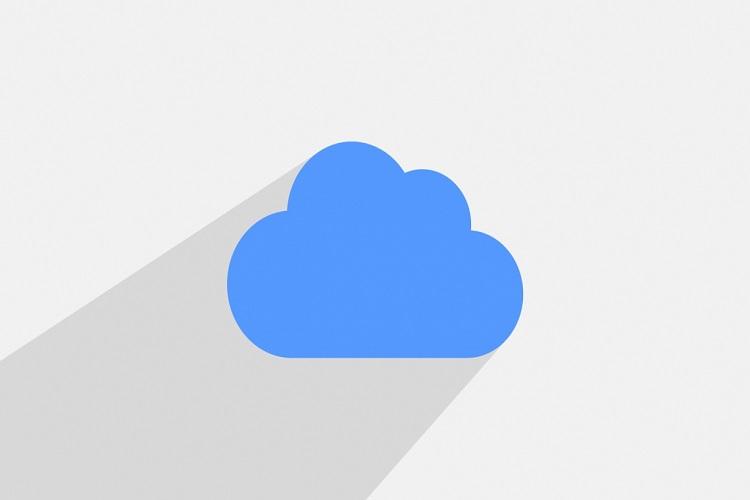 Q3 enterprise spending on cloud infrastructure services were almost USD 33 billion, up 33% from the third quarter of 2019, according to new data from Synergy Research Group. Notably, the year-on-year growth rate for Q3 was higher than the 32% growth seen in the previous quarter, demonstrating the health of the market. Amazon and Microsoft continue to account for over half of the worldwide market, with Amazon market share remaining at its long-standing mark of around 33%, while Microsoft’s share was over 18%. Google, Alibaba and Tencent are all growing more rapidly than the overall market and are gaining market share. Together they account for 17% of the market. The other cloud providers in the top ten ranking are IBM, Salesforce, Oracle, NTT and SAP. In aggregate the top ten providers account for 80% of the worldwide market, with the remaining 20% coming from a long tail of small cloud providers or large companies with only a small position in the market. 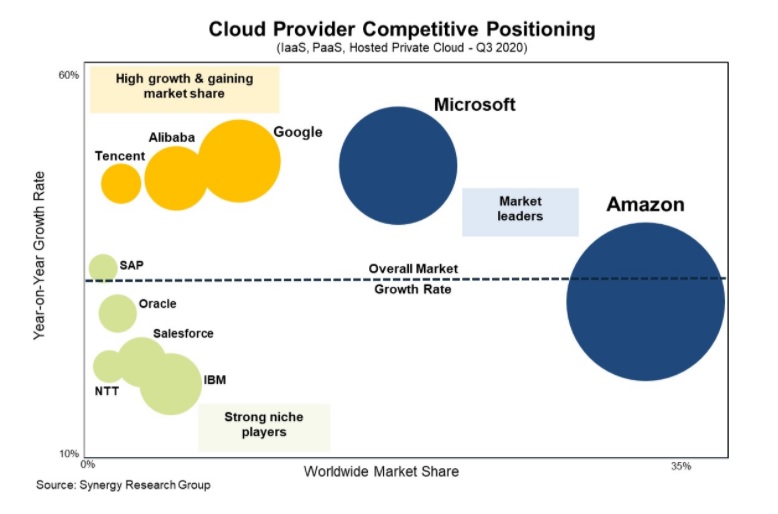 With most of the major cloud providers having now released their earnings data for Q3, Synergy estimates that quarterly cloud infrastructure service revenues (including IaaS, PaaS and hosted private cloud services) were USD 32.8 billion, with trailing twelve-month revenues reaching USD 119 billion. Public IaaS and PaaS services account for the bulk of the market and those grew by 35% in Q3. The dominance of the major cloud providers is even more pronounced in public cloud, where the top five control almost 80% of the market. Geographically, the cloud market continues to grow strongly in all regions of the world.

“While we were fully expecting continued strong growth in the market, the scale of the growth in Q3 was a little surprising. Total revenues were up by USD 2.5 billion from the previous quarter causing the year-on-year growth rate to nudge upwards, which is unusual for such a large market. It is quite clear that COVID-19 has provided an added boost to a market that was already developing rapidly,” said John Dinsdale, a Chief Analyst at Synergy Research Group. “Meanwhile, the companies competing for a share of the market have settled into three camps. Amazon and Microsoft are in a league of their own, while others are either aggressively seeking to grow their position in the market or are more focused on specific services, geographies or customer groupings.”