Finance executives not planning to hold bitcoin as a corporate asset: Gartner

Volatility was the top concern by a large margin, but other big issues that respondents had were board risk aversion, slow adoption as an accepted form of payment, regulatory concerns, and a lack of expertise in cryptocurrencies 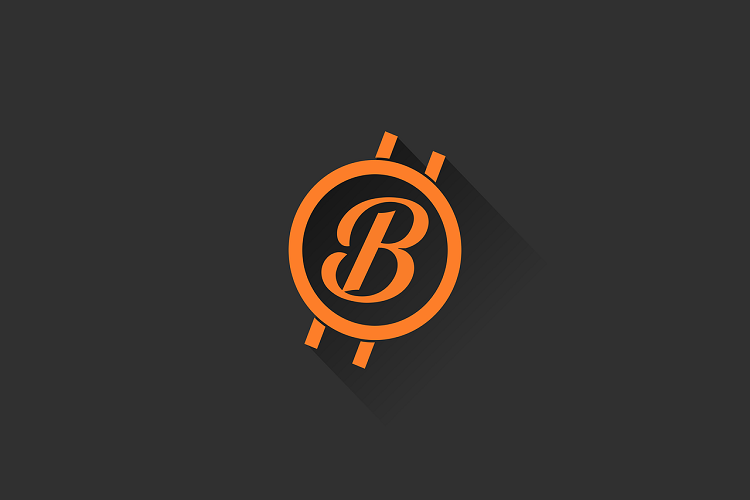 While bitcoin continues to grow in popularity, a poll of 77 finance executives (including 50 CFOs) in February 2021 showed that 84% of respondents said they did not plan to ever hold bitcoin as a corporate asset, according to Gartner.

“84% of the respondents said that bitcoin’s volatility posed a financial risk,” said Alexander Bant, chief of research in the Gartner Finance practice. “It would be extremely difficult to mitigate the kind of price swings seen in the cryptocurrency in the last five years.”

Volatility was the top concern by a large margin, but other big issues that respondents had were board risk aversion, slow adoption as an accepted form of payment, regulatory concerns, and a lack of expertise in cryptocurrencies (see Figure). 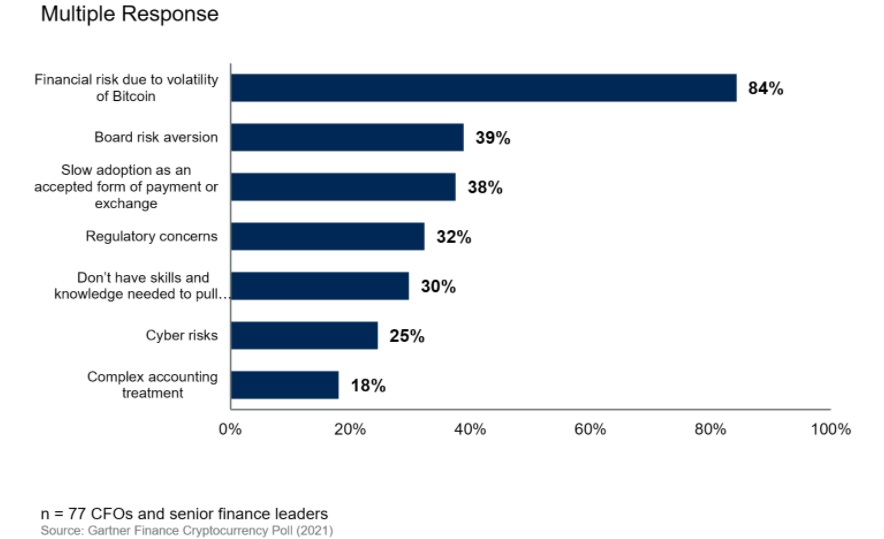 Figure: Top 3 Concerns for an Organization to Hold Bitcoin

“There are a lot of unresolved issues when it comes to the use of bitcoin as a corporate asset,” said Bant. “It’s unlikely that adoption will increase rapidly until we get more clarity on these challenges.”

71% of respondents said one of the top things they’d like to know is what others are actually doing with bitcoin. 68% want to hear more from regulators about bitcoin and better understand the risks involved with holding it.

“It’s important to remember this is a nascent phenomenon in the long timeline of corporate assets,” said Bant. “Finance leaders who are tasked with ensuring financial stability are not prone to making speculative leaps into unknown territory.”

Even the 16% of respondents willing to adopt the cryptocurrency as part of their organization’s financial strategy appeared in no rush. 5% of respondents indicated they would begin to hold bitcoin in 2021, 1% said they’d hold bitcoin at some point in 2022-2023, and the remaining 9% who indicated they would begin holding bitcoin said it would be 2024 or later.

There was no difference in intent to hold bitcoin between small organizations (<USD1Bn revenue) and large organizations (>USD1Bn revenue). 50% of respondents from the technology sector anticipate holding the cryptocurrency in the future. Private company finance executives were less favorable towards bitcoin with just 7% saying they would ever hold it.