Worldwide spend on data center hardware and software grew by 4% from 2019, thanks to a 22% jump in spending on public cloud infrastructure, which pushed it to an all-time high 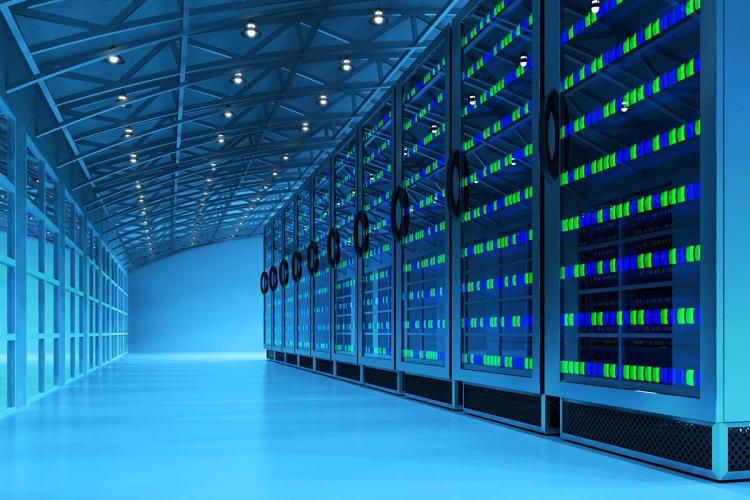 Worldwide spend on data center hardware and software grew by 4% from 2019, thanks to a 22% jump in spending on public cloud infrastructure, which pushed it to an all-time high, according to final 2020 data from Synergy Research Group. Cloud providers continue to invest heavily in their data centers to satisfy the ever-increasing demand for their services. Meanwhile enterprise spending on their own data center infrastructure dropped 6% from 2019, with each quarter of 2020 being down substantially from the year before. In terms of market share, ODMs in aggregate account for the largest portion of the public cloud market, with Inspur, Huawei and Dell being the leading individual vendors, all having a similar market share in the year. In terms of growth, Inspur, Huawei and ODMs were clearly the big winners in the year. The 2020 market leaders in enterprise infrastructure were Microsoft and Dell, followed at a distance by HPE, Cisco and VMware. 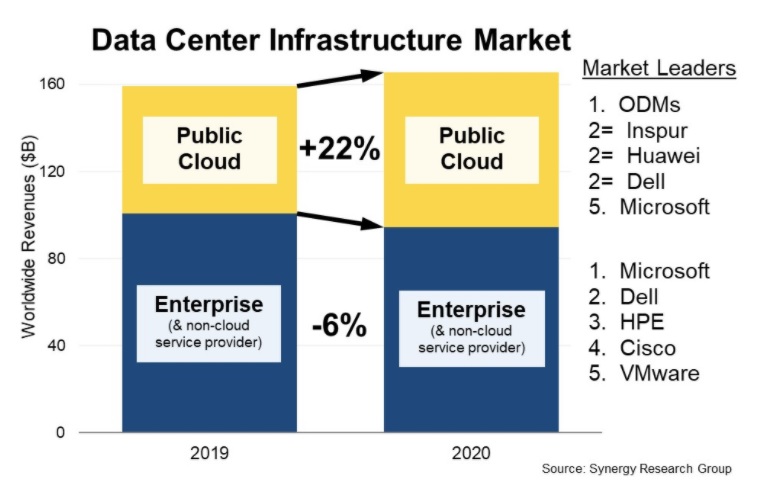 Total data center infrastructure equipment revenues, including both cloud and non-cloud hardware and software, were USD 165 billion in 2020, with public cloud infrastructure accounting for 43% of the total. The main hardware-oriented segments of servers, storage and networking in aggregate accounted for 77% of the data center infrastructure market. OS, virtualization software, cloud management and network security account for the balance. By segment, Dell is the overall leader in server and storage revenues, with Inspur being a clear leader in server sales to public cloud providers. Cisco is dominant in the networking segment, while Microsoft features heavily in the rankings due to its position in server OS and virtualization applications. Outside of these four, the other leading vendors in the market are HPE, Huawei, VMware, Lenovo and IBM.

“The total data center equipment market continues to grow steadily and we forecast that it will continue to do so over the next five years. However, the mix of spending by public cloud providers and enterprises continues to shift substantially in favor of cloud,” said John Dinsdale, a Chief Analyst at Synergy Research Group. “In the server segment of the market, unit shipments to public cloud providers have already surpassed enterprise volumes. Currently the value of the enterprise server market is still greater due to higher ASPs, but that too will soon change as public cloud server volumes continue to surge."