How is RPA redefining the manufacturing business landscape? 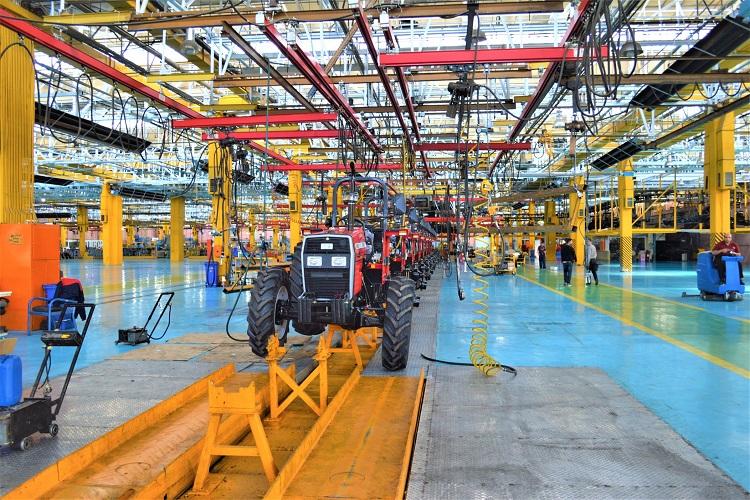 For manufacturing enterprises, achieving continual speed and efficiency — both at the process and people level — remains one of the inherent challenges.

The industrial sector has traditionally countered that test well by focusing on automation-led innovations to build resiliency and agility. However, amidst the current crisis, where a contactless environment and workforce cap limits continue to remain in place, a more comprehensive automation approach is needed for labor-intensive manufacturing firms.

Indian IT industry body, NASSCOM's "COVID-19 – Tipping for automation report" notes that the pandemic has acted as a catalyst for the development of automation technologies. Across all sectors, there is a sudden emergency to minimize cost, improve time-to-market, strengthen productivity and reduce employee stress.

Within a few months of nationwide lockdowns, it became clear that most manufacturing organizations were not prepared for the pandemic-related fallouts in business and IT-related interruptions. The investments in many new-age technologies were slow, and with no transparent model, execution of a business continuity plan was largely dependent upon proven technologies.

Much of the earlier automation initiatives are dependent upon the programming integrated into the existing software system and where interaction with the system happens through APIs. Traditional automation often needs several IT infrastructure adjustments, but it also limits its potential due to APIs' boundaries.

RPA, on the other hand, does not require any changes in the existing IT infrastructure and mimics human actions to complete a task. According to Gartner, RPA is a digital enablement technology that principally leverages a combination of user interface (UI) and surface-level features to create scripts that automate routine, predictable data transcription work.

It enables businesses to execute a range of high-volume repetitive and rule-based tasks automatically across software systems. Since RPA software is process-driven, it can be deployed quickly compared to many traditional automation tools with reduced errors and precise output.

Manufacturing companies have been leveraging physical robots for product assembly, testing, and packaging. While this has enabled them to streamline the assembly lines, optimizing many other supporting and back-office processes remains challenging. This is particularly critical in the new normal where businesses cannot access the traditional supply chains and customers.

According to a whitepaper, titled Innovating The Manufacturing Industry With Robotic Process Automation, published by a digital transformation services provider, Jolt Advantage Group, one of the most significant advantages offered by RPA to manufacturing enterprises is real-time reporting provided by the software robots. It allows manufacturers to determine optimal inventory levels based on previous needs and modify current operations based on customer demand patterns.

RPA can also be implemented for automating communications, helping manufacturers respond to customer and supplier requests efficiently. India's largest carmaker, Maruti, has taken a focused approach to automate most of its tedious work processes and achieve a quicker turnaround in supply chain and finance by leveraging robotics. RPA has helped the car manufacturer reduce about 20-25% costs in customer claims and finance processes.

It is important to note that RPA doesn't operate on cognitive intelligence and differs from ML and AI. The AI and ML software can learn and train themselves by analyzing and interpreting different data patterns and structures, something that's not the case with RPA.

As a consequence of the pandemic, Robotics is expected to play a significant role in transforming business operations and supporting a broader set of transactions.

According to a study, titled RPA Market in India - Drivers, Restraints, Opportunities, Trends, and Forecast, published by Infoholic Research, the Indian RPA market is expected to witness a CAGR of above 20% growth for the next four years to surpass USD 100 million by 2025.

Deloitte also sees this as one of the most significant investments and focus areas for enterprise buyers. It estimates that over 65% of the organizations with USD 1B in revenue have adopted RPA and surpassed the pilot stage.

RPA has helped many enterprises achieve significant productivity gains. However, despite its growing acceptance, the failure rate of RPA projects continues to remain high. According to an EY study, 30% to 50% of initial RPA projects fail, unleashing numerous risks. The number could be even higher in the manufacturing sector, primarily governed by traditional automation or mechanical processes.

Most technology leaders embarking on the RPA journey see the technology as an opportunity to minimize manual errors, lower costs, and achieve better speed. However, testing its capability becomes challenging because of the enormous legacy IT ecosystem within numerous service lines service functions. Another challenge that enterprises face in running the RPA program efficiently is the lack of an effective change management plan.

Like any significant automation initiatives, the introduction of bots for any process requires extensive investments in training, robust governance models, and a strong collaboration between business and IT. Identifying which processes to automate needs careful deliberation by teams.

By integrating RPA with a broader set of digital transformation goals, organizations can unlock the actual value of RPA implementations.