Could the Dell-VMware spin-off be of greater value?

The spin-off aims to enhance the unique capabilities of Dell and VMware in the do-from-anywhere economy. However, there are still questions that need answers 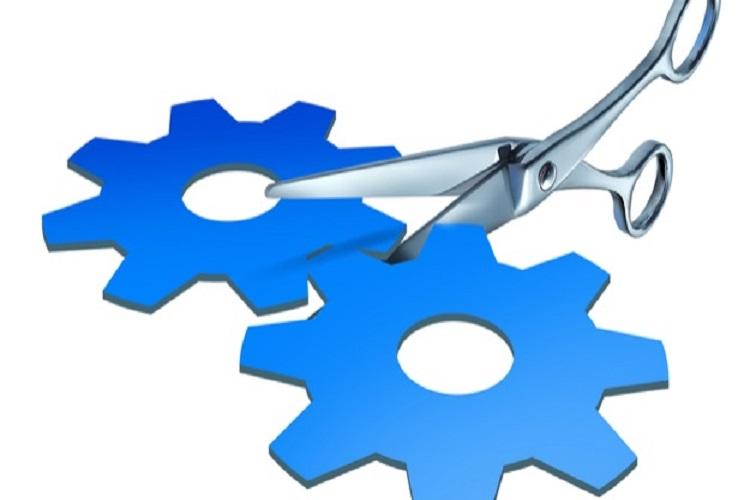 Dell Technologies' announcement to spin off its majority stake in the virtualization company, VMware, gives two perspectives: First, Dell's efforts drive greater efficiencies, innovation, and value for both its and VMware's enterprise customers. Second, its failure to achieve the desired synergies from its widely-publicized EMC deal.

According to Wall Street Journal, Dell's 81% stake in VMware is estimated at USD 52 billion. As part of the spin-off agreement, VMware would pay a special cash dividend of USD 11.5 billion to USD 12 billion to Dell's shareholders, including USD 9.3 billion to USD 9.7 billion for Dell. The financial restructuring will help Dell pay a significant part of its debt and strengthen its capital structure when digital transformation is high on the agenda and businesses plan higher investments in upgrading their technology infrastructure.

One may recall that Dell purchased 81% of the stake in VMware through the high-value acquisition of EMC (which purchased VMware in 2004) for more than USD 60 billion in 2016. Although the blockbuster deal was celebrated by many of its stakeholders initially, Dell and VMware soon found out that the merger was far from perfect and had no synergy.

A union that wasn't perfect?

The union of Dell and VMware had its highs and conflicts. Dell has co-partnered for several products around end-user computing, software-defined networking (SDN), hybrid cloud, and converged infrastructure with VMware. On the other hand, Dell and VMware could never reach a winning consensus on many of VMware's enterprise security initiatives.

VMware boasts of some of the exciting next-gen security solutions, such as Carbon Black and Workspace, which it has been keenly looking to integrate with its virtualization software platforms.

Additionally, before the pandemic, Dell's computer and storage products and the EMC storage unit were facing growth challenges through the U.S.-China trade war. As a result of this, Dell was unable to control its hardware component costs. At that time, many analysts claimed that Dell was leveraging VMware's research and development budgets to navigate the difficult times.

Why this matter for enterprises?

While Dell had been mulling about this spin-off (or a speculative reverse merger) for the last 18 months, the timing of the announcement couldn't have been better. Michael Dell is well aware of the growing opportunity and higher margins in the server business, helping him generate more significant business opportunities for VMware as an independent unit.

On the other hand, Dell is expected to use the spin-off transaction to reduce its debt and generate more value in the notebook PC business, the demand of which has suddenly grown exponentially, primarily due to increased work-from-home and study-from-home arrangements. Eventually, Dell can also focus on putting more robust efforts to strengthen its back-end servers, storage, and network infrastructure that are linked with the PC business.

As an independent entity, VMware, which is Dell's most profitable unit currently, stands a better chance to fulfil its vision in developing cutting-edge software and SaaS platforms across all clouds. After the spin-off, VMware will be better positioned to undertake its R&D efforts in enterprise security solutions and deliver better value to its enterprise customers.

"A spin-off from Dell Technologies provides VMware increased freedom to execute its strategy, a simplified capital structure and governance model and additional strategic, operational and financial flexibility while maintaining the strength of the two companies' strategic partnership," VMware said in a statement.

The statement adds that the spin-off will provide VMware with increased strategic, operational, and financial flexibility and agility to drive its growth strategy. This includes simplifying capital allocation decisions and eliminating the current dual-class stock structure.

On the face of it, it looks like the enterprise customers stand to benefit from the spin-off as the separated entities will be able to focus extensively on their customers and initiate specific research and development efforts to provide exceptional value to their users.

Both the companies, however, will continue to co-engineer solutions for enterprises, although through a newly defined commercial agreement.

It would be interesting to see if Dell would still depend on VMware's resources and research and development funds in the event of another crisis. Also, in areas such as enterprise security where VMware has high hopes, and Dell seems to be broadly interested in charting its own path through partnerships or acquisitions, will there be a change in strategy?