One in five workers consider themselves digital technology experts since COVID-19: Gartner 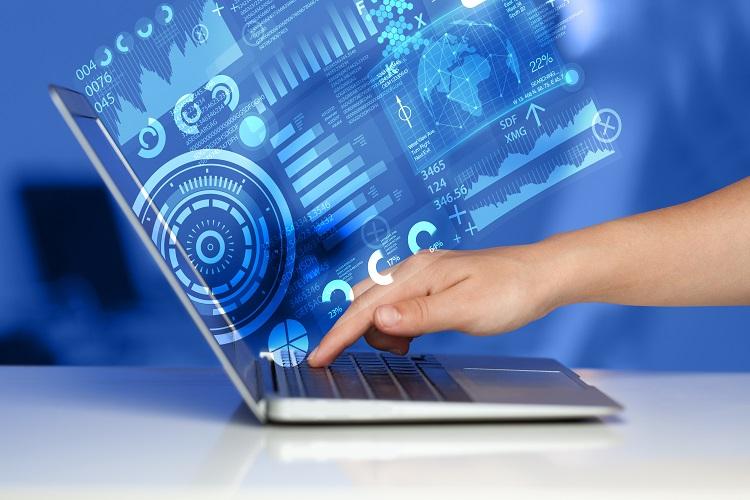 Nearly one in five workers (18%) consider themselves to be digital technology experts since COVID-19, while over half consider themselves proficient, according to a new survey from Gartner. An increased reliance on digital collaboration tools and lack of in-person IT support while working remotely altered many workers’ relationships to technology.

“Workers seized on the crisis to improve their mastery of a wide range of technologies and applications in the space of a few months,” said Whit Andrews, distinguished research vice president at Gartner. “Today’s workplace is vastly different from 2019’s, and CIOs must prepare their technology stacks, office spaces, IT teams and mindsets to embrace the new future of the digital workplace.”

The survey was conducted in November and December 2020 among 10,080 full-time employees at organizations with 100 or more employees in the U.S., Europe and Asia-Pacific, to better understand workers’ technological and workplace experiences and sentiments. 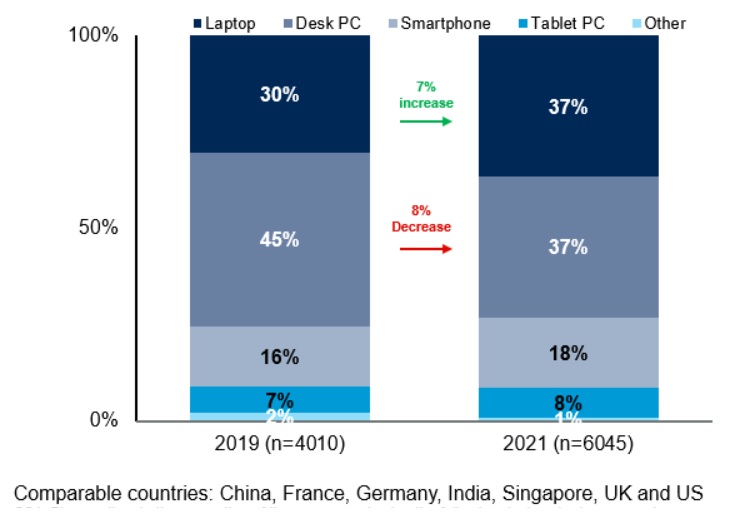 Figure: Mean Proportion of Time Spent on Devices for Work

The survey also showed a rise in the number of workers using personal technology for work purposes. Over half of respondents reported that they use applications or web services that they personally obtained – most of which are employer-sanctioned – for collaborating with other workers. The same proportion (55%) are using personally owned devices for their work at least some of the time.

“When organizations were forced to go remote in early 2020, workers started to rely on their own devices or programs they discovered themselves to make up for their employers’ technology shortcomings,” said Andrews. “In 2021, organizations can embrace this trend by expanding the choice of devices and software programs that workers can use with little or no friction.”

One of the main questions lingering among executives regarding the impacts of the last year is remote work’s effect on productivity.

According to the Gartner survey, among employees whose work-from-home time increased since January 2020, 36% reported an increase in productivity, while 35% reported no change. Flexibility in working hours was the most cited factor enabling greater productivity, selected by 43% of respondents.

“Now that many workers have had a taste of the flexibility that remote work offers, it will be a key factor in hiring and talent acquisition,” said Andrews. “In fact, 69% of workers in our survey said they were more likely to consider a new role that allows them to work from a location of their choice, and 64% were more likely to consider a role that allows for flexible hours.”

A quarter of workers surveyed did report that their productivity fell. Connectivity issues and technology changes were among the top reasons cited for decreased productivity.

“Digital proficiency becomes even more essential for productivity when working remotely,” said Andrews. “CIOs should extend worker-to-worker lateral mentoring and training to ensure that no employees are left behind as technology mastery becomes the expectation.”