AI viewed as a game changer by businesses: Study

65% of respondents stated that AI would disrupt their industries, ahead of cybersecurity (57%), and IoT and cloud computing (both on 55%) 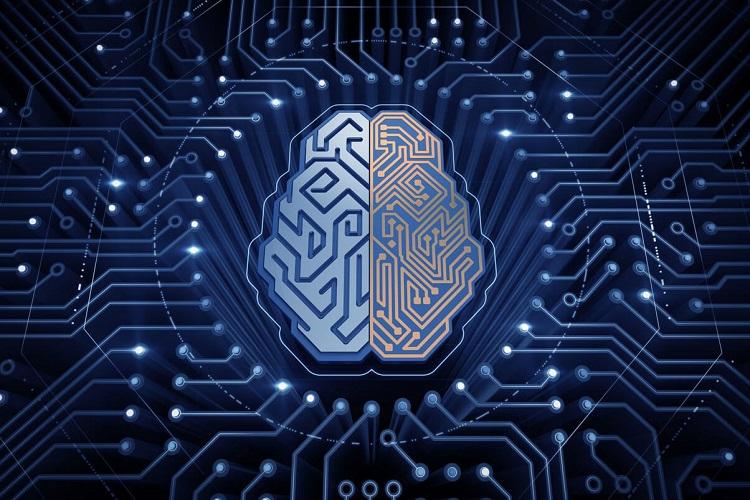 Artificial Intelligence (AI) is expected to be the most disruptive emerging technology, according to GlobalData’s Emerging Technology Sentiment Analysis Q1, 2021. In response to a poll by the company, 65% of respondents stated that AI would disrupt their industries, ahead of cybersecurity (57%), and IoT and cloud computing (both on 55%).

The survey examined sentiment towards seven key technologies: cybersecurity, cloud computing, Augmented Reality (AR), Artificial Intelligence (AI), 5G, the Internet of Things (IoT), and blockchain. AI was the most polarizing technology, with more than a fifth of respondents saying that they felt more negative towards the technology in Q1, 2021 than this time last year.

Filipe Oliveira, Senior Analyst at GlobalData commented: “Processing power is increasing and becoming democratized, making complex AI workloads available to a growing number of companies. As more businesses are exposed to the technology, some will find that it does not live up to expectations.”

Of all the technologies that GlobalData polled, executives are most skeptical of blockchain. Less than half believe in the potential of the technology to cause any disruption in their industries. Further, only 25% said that blockchain was already disrupting their business, the lowest share among the seven technologies polled. An even smaller 23% believed that the technology would live up to all its promises.

Oliveira added: “Tech vendors have overhyped blockchain as a business solution, and the technology’s weaknesses (limited scalability and high-energy consumption) have become apparent to enterprises. If these problems are mitigated, and expectations set to more realistic levels, views might change.” 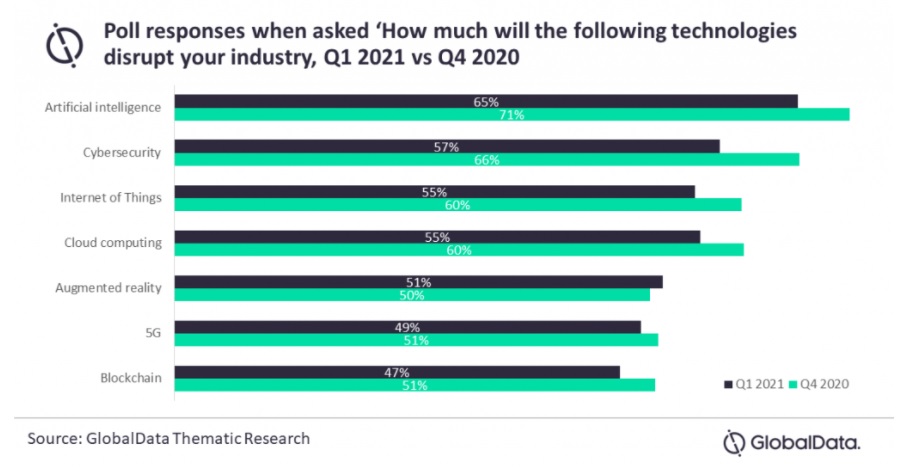 In addition to polling sentiment towards emerging technologies, GlobalData asked respondents to share their views on action taken by enterprises to improve their sustainability record. The picture was not flattering for corporations. More than two-thirds of executives were skeptical about the business world’s sincerity when it came to implementing sustainability plans. At the same time, only 50% said that their companies had changed their behavior in the last year to achieve sustainability goals.

Oliveira commented: “Sustainability will be the most significant trend impacting businesses post-COVID-19, and achieving sustainability targets should be high on every CEO’s agenda. Companies risk their reputation and revenue if they do not take sustainability seriously.”