Q1 enterprise spending on cloud infrastructure services was in excess of USD 39 billion, having increased by well over USD 2 billion from the previous quarter and up 37% from the first quarter of 2020 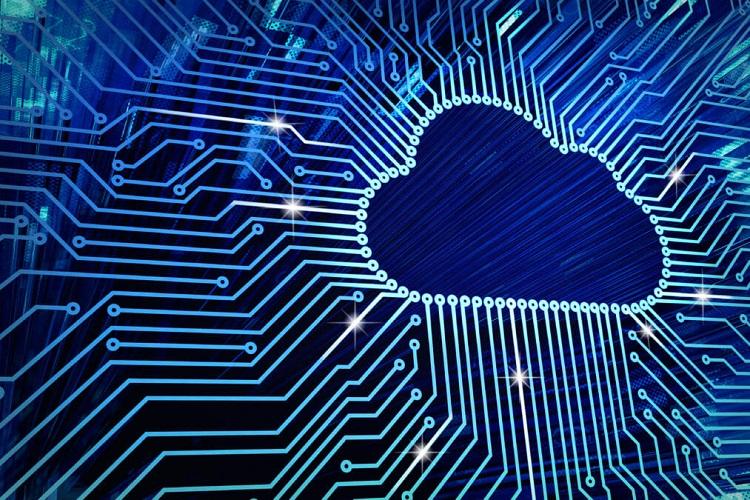 Q1 enterprise spending on cloud infrastructure services was in excess of USD 39 billion, having increased by well over USD 2 billion from the previous quarter and up 37% from the first quarter of 2020, according to Synergy Research Group. Notably, for the third successive quarter, the year-on-year growth rate increased, which is unusual for such a large, high-growth market. Microsoft has been slowly gaining ground on Amazon and the gap between their market shares has narrowed by two percentage points over the last year. Together these two market leaders continue to account for over half of worldwide cloud revenues. Beyond Amazon and Microsoft, top twelve players whose growth rates surpassed overall market growth are Alibaba, Google, Tencent and Baidu. The top twelve ranking is rounded out by IBM, Salesforce, Oracle, NTT, SAP and Fujitsu. All can be considered to have somewhat specialized, niche positions in the market compared to the biggest cloud providers. 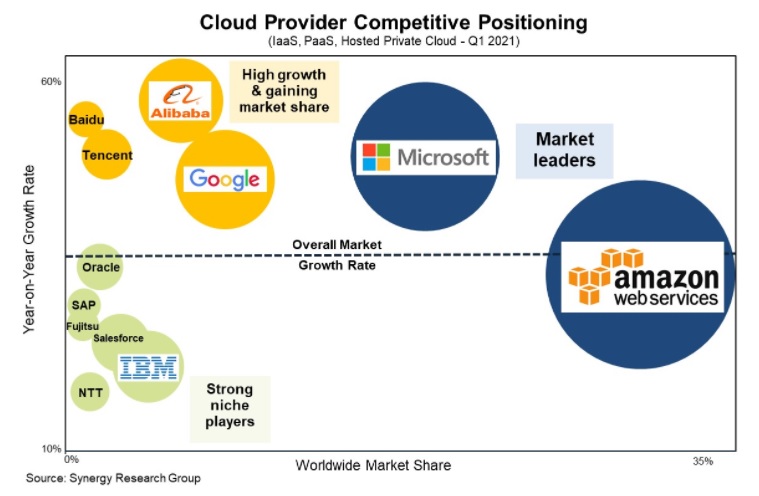 With most of the major cloud providers having now released their earnings data for Q1, Synergy estimates that quarterly cloud infrastructure service revenues (including IaaS, PaaS and hosted private cloud services) were USD 39.5 billion, with trailing twelve-month revenues reaching USD 140 billion. Public IaaS and PaaS services account for the bulk of the market and those grew by 39% in Q1. The dominance of the major cloud providers is even more pronounced in public cloud, where the top five control 80% of the market. Geographically, the cloud market continues to grow strongly in all regions of the world.

“Amazon and Microsoft have earned their leadership positions as they focus aggressively on growing their cloud services, quarter after quarter, year after year. They continue to invest billions of dollars every quarter in expanding their global data center footprint, while at the same time enhancing their cloud service portfolios,” said John Dinsdale, a Chief Analyst at Synergy Research Group. “These two don’t have to spend too much time looking in their rearview mirrors and worrying about the competition. However, that is not to say that there aren’t some excellent opportunities for other players. Taking Amazon and Microsoft out of the picture, the remaining market is generating over USD 18 billion in quarterly revenues and growing at over 30% per year. Cloud providers that focus on specific regions, services or user groups can target several years of strong growth.”