The 22nd annual CIO&Leader Conference, the flagship event of the premier CIO community platform, CIO&Leader, from 9.9 Group, was successfully held virtually on 3rd and 4th September 2021. The theme for this year’s conference was CIO Gurukul, which stressed on the importance of learning 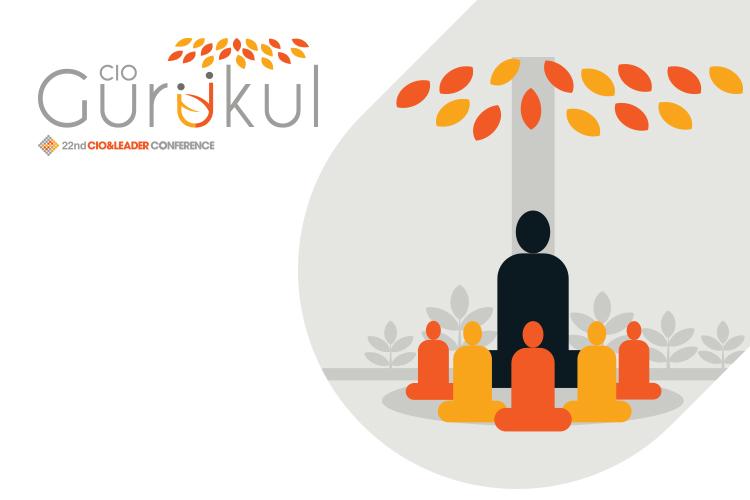 The 22nd annual CIO&Leader Conference, the flagship event of the premier CIO community platform, CIO&Leader, from 9.9 Group, was successfully held virtually on 3rd and 4th September 2021. The theme for this year’s conference was CIO Gurukul, which stressed on the importance of learning.

As many as 118 CIOs participated in the conference as Gurus to share their insights and learning with more than 2,400 people registering for the event.  They did that over 39 sessions – keynote, sponsored and editorial – across various formats, such as Masterclasses, Fireside Chats, Roundtables, Panel Discussions, and Case Study Workshops.

The event began with participating CIOs and delegates being welcomed by Vikas Gupta, Publisher of CIO&Leader and Director & Co-Founder, 9.9 Group.

The opening keynote on the second day was given by Prakash Iyer, Former Managing Director, Kimberly-Clark Lever, who spoke on The Leaders’ Mindset. Sjoerd Marijne, Chief Coach of Indian Women's National Hockey Team which reached the quarterfinals of Tokyo Olympics 2020, delivered a keynote address on How to Build a World Class Team.

The sponsored sessions on the first day included:

The sponsored sessions on the second day included:

Editorial sessions included a presentation by Editorial Director Shyamanuja Das on Career & Succession Planning in Enterprise IT, based on a research conducted by CIO&Leader, on 3rd September 2021. A roundtable on the same topic was conducted on the second day of the event, which saw participation of leading CIOs. Invited speakers, veteran ex CXOs and consultants, Vijay Sampath and Akash Jain spoke on Introducing Thick Data Thinking.

Like in last few years, the final part of the program agenda was CIO&Leader Samman, a unique honor CIO&Leader is conferring on veteran CIOs since last three years. Fourteen CIOs, chosen by a jury panel of four former CIOs, received the 3rd CIO&Leader Samman.

The formal end of the event was thanking the CIO gurus for their selfless participation in the program and announcement of Guru Dakshina, as is customary at the end of the education at a Gurukul. Group Editor R Giridhar announced Guru Dakshina.

Director of Sales & Community Engagement, Mahantesh G, thanked the sponsors of making the program a success.

Exciting prizes like Maruti Baleno car, Sony BRAVIA TV, Bose EarPods and Amazon vouchers were announced for delegates based on their levels of participation.