Among the hyperscale operators, Amazon, Microsoft and Google collectively account for over half of the data center footprint, though in terms of data center growth rate over the last four quarters it is three Chinese companies that stand out – ByteDance, Tencent and Alibaba 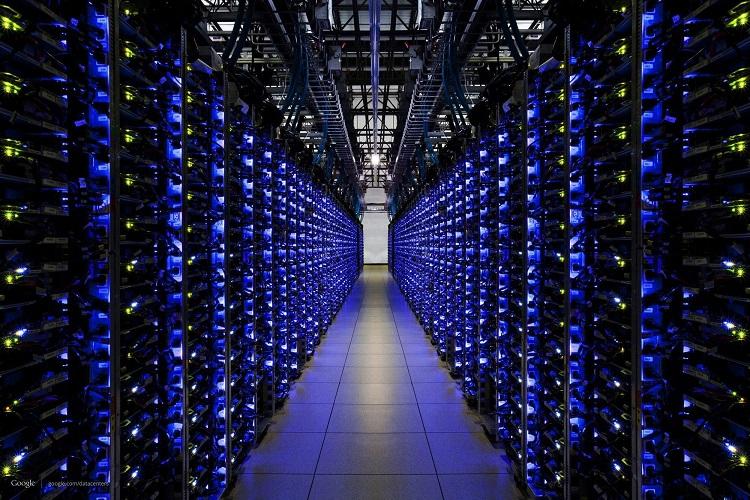 The total number of large data centers operated by hyperscale providers increased to 659 at the end of the second quarter, having more than doubled since mid-2016, according to Synergy Research Group. In terms of location, the US and China continue to account for over half of the major cloud and internet data center sites. The next most popular locations are Japan, Germany, the UK, Australia, Canada, Ireland and India, which collectively account for another 25% of the total. Among the hyperscale operators, Amazon, Microsoft and Google collectively account for over half of the data center footprint, though in terms of data center growth rate over the last four quarters it is three Chinese companies that stand out – ByteDance, Tencent and Alibaba. Taking into account both new data centers and updating existing facilities, the biggest spenders in the second quarter were Amazon, Google and Microsoft, followed by Facebook, Apple, Alibaba, ByteDance and Tencent. 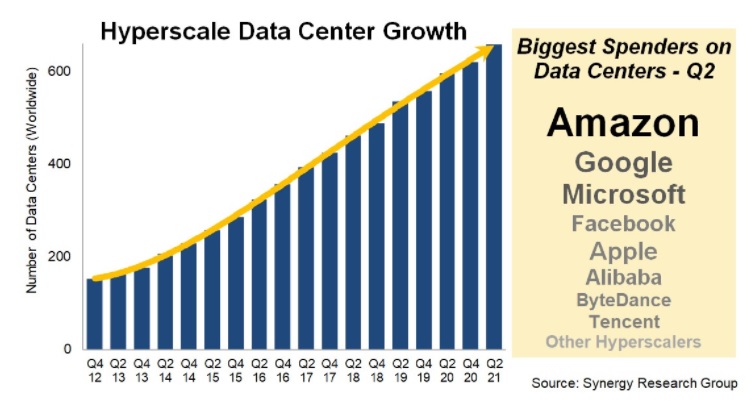 The research is based on an analysis of the data center footprint of 19 of the world’s major cloud and internet service firms, including the largest operators in SaaS, IaaS, PaaS, search, social networking, e-commerce and gaming. The companies with the broadest data center footprint are the leading cloud providers – Amazon, Microsoft, Google and IBM. Each has 60 or more data center locations with at least three in each of the four regions – North America, APAC, EMEA and Latin America. Oracle, Alibaba and Tencent also have a notably broad data center presence. Other firms tend to have their data centers focused primarily in either the US (Apple, Facebook, Twitter, eBay) or China (Baidu, JD.com).

“The growth of hyperscale data centers is pretty much on a straight-line trajectory, with an average of 16 new data centers coming on line every quarter over the last three years,” said John Dinsdale, a Chief Analyst at Synergy Research Group. “On top of that new data center build, the hyperscale operators are also adding capacity at existing facilities and are regularly ripping out and replacing server hardware that has reached the end of its operational lifespan. That all adds up to huge and growing quarterly investments in data centers. The big five US hyperscalers still lead in terms of quarterly data center spending, but the Chinese hyperscalers are growing rapidly with ByteDance being particularly noteworthy. It has come from almost nowhere over the last three years but is now ranked seventh in data center spending, well ahead of many industry giants.”