Over the last 75 years, India has become a bedrock for innovation in the technology sector. 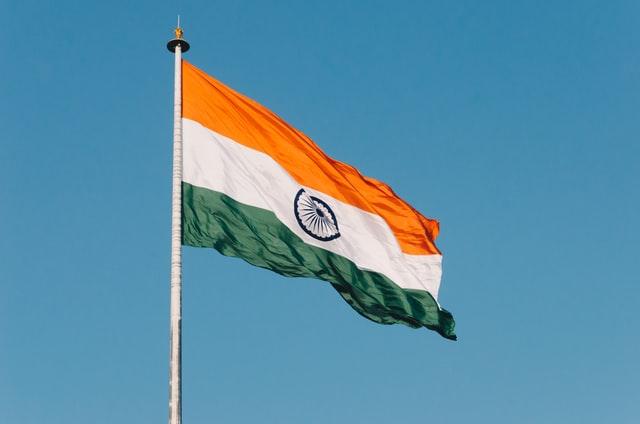 As India celebrates its 76th Independence Day today, let’s look at how far we’ve come so far in tech and what’s next should be in sight to achieve. Since 1947, India has advanced greatly in every field, and much of the credit should go to the country’s indomitable spirit, unwavering commitment to reforms, and adoption of the latest and innovative technologies.


Technologies such as artificial intelligence, machine learning, internet-of-things, and robotics will play a key role in shaping the country’s next decade of growth.

In 1947, after the end of British rule for two centuries, the Indian economy was struggling with a GDP of just around 2.7 lakh crore. In 2021, the Indian economy reached $3.04 trillion, the world’s sixth-largest economy, according to the International Monetary Fund (IMF). And yet experts believe that this is just the beginning as India eyes to enter the US $5 trillion club  and a global powerhouse by year 2025. India would seek to become a developed country within the next 25 years, Prime Minister Narendra Modi stated in his Independence Day speech.

Over the last 75 years, India has become a bedrock for innovation in the technology sector. According to the industry experts, the country is currently a major drive of the software-as-a-service revolution, a startup innovation hotbed with over 100 unicorns, a quick adopter of services centered on cutting-edge technologies like AI and ML, and above all a world leader in IT Services.

The founding of the first Indian Institute of Technology (IIT) on August 18, 1951, in Kharagpur, West Bengal, by the then-minister of education, Maulana Abul Kalam Azad, was one of the major events that fueled the development of the nation. Along with the local RECs (now known as the National Institutes of Technology or NIT), more IITs opened up in Mumbai, Chennai, Kanpur, and Delhi in the late 1950s and early 1960s. With the help of the Soviet Union, the Indian Space Research Organization (ISRO) took India’s space initiatives to new heights and also advance the country’s nuclear program.

“The Indian IT services wave was the first one that brought Indian technology talent to the global limelight. Strong technology colleges in India and a massive population studying and shining abroad have resulted in a pool of extremely smart Indians running global tech businesses,” says Dhruvil Sanghvi, CEO, LogiNext.

A new chapter of globalization and economic integration was written in 1991 as India underwent economic reforms. After Videsh Sanchar Nigam Limited (VSNL), a government-owned telecommunications service provider (which was later acquired by the Tata Group and renamed as Tata Communications), launched Internet services for the general public on August 15, 1995, the speed of the nation's growth accelerated noticeably.

At this time, the average Indian began to communicate digitally with industrialized countries to share knowledge, get insight into other cultures, and come up with new ideas. “In these past seven decades, India's technology capabilities have surpassed expectations, placing our country on the global map. Be it our Digital India drive or the consistent innovation by the startup ecosystem and tech giants, India is today well recognized as a hotbed for emerging technologies. As we celebrate the milestone, it allows us to bask in the glory of our achievements while also reflecting on where we are headed over the next 25 years,” says Rajesh Sinha, Chairman & Founder, Fulcrum Digital.

The Indian government started the "Digital India" program in July 2015 to enhance Internet infrastructure and broaden civilian access to the internet. “When India embarked on its Digital India initiative, no one could have predicted the speed at which digital transformation would impact our daily lives! Many of the ambitious projects which were envisioned such as Unified Payments Interface (UPI), Aadhaar, Ayshuman Bharat, and CoWin, have already transformed our day-to-day experiences. As we plan for the next 25 years, India’s growth story will hinge on its ability to extract maximum value from data,” says Puneet Gupta, Managing Director & VP India/SAARC, NetApp India Marketing and Services

Enterprises have been compelled to speed up their transformation initiatives as a result of the pandemic-driven digital disruption. Businesses had to improve their digital quotient at a rapid pace due to shifting consumer behavior and rising unpredictability. Indians have been using virtual methods for studying, working, and entertainment for the past two years. Following the outbreak, more individuals are now using the internet for a variety of purposes, adding additional value while easing the burden of travel. This has also led to an enormous amount of data, and with the next 5G environment, it will only grow even more.

Technologies such as artificial intelligence, machine learning, internet-of-things, and robotics will play a key role in shaping the country’s next decade of growth.

According to estimates, data and AI could potentially add up to USD 500 billion to India’s GDP by 2025. According to the industry experts, even if we are to mine a portion of data in a trusted ecosystem exchange between the public and private sectors, there lies an enormous scope for innovation. “The next two and a half decades will be defined by how we approach the use of data in a big way to increase productivity, create new opportunities, enhance public services, and establish the country as a leader in the next wave of innovation,” Gupta adds.

Post pandemic, Indian organizations have been investing in talent and building a kinetic culture. These enterprises have realized that the future will belong to doers who can break through legacy constructs – even if it means replacing what they’re good at with new capabilities.

“The demand for digital transformation is clear. Even in the face of market fluctuations, businesses will invest in technology to acquire a digital edge and be future-proof. India is in a sweet spot because of diverse tech talent, robust government programs like Digital India, and a flourishing start-up ecosystem. These factors will catalyze India’s pivot from a service destination to a product destination, helping us get closer to our dream of becoming a $5 trillion economy by 2025,” says S. Durgaprasad, Co-Founder, Director, and Group CEO, Bahwan CyberTek.

Having the third largest startup sector in the world with over 75,000 businesses, the Prime Minister has labelled startups as the "backbone" of New India. “Now, as we chart our course for the coming era, we believe it's crucial to develop solutions that help maintain a sustainable future for the country. For this purpose, there must be a focus on upgrading to sustainable solutions, investing in automation, and garnering visibility for the country on global platforms,” says Irfan Pathan, Founder & CEO, Pi Green Innovations.

With increasing investments, initiatives such as Make In India, and the overall advancement of technology, the Indian manufacturing sector is at the forefront of evolution. Over the years, the country continues to emphasize the need for energy consciousness in the country. “While we focus on transcending our modern infrastructure, there remains a prominent need to adopt a holistic approach to energy conservation. Now that we step into a new era of independence, we look forward to consistently delivering on our promise to contribute to a modern and sustainable tomorrow that complements the fast pace development that India continues to enjoy,” says Rajesh Uttamchandani, Director at Syska.