What the Tableau story tells us about enterprise tech buying... 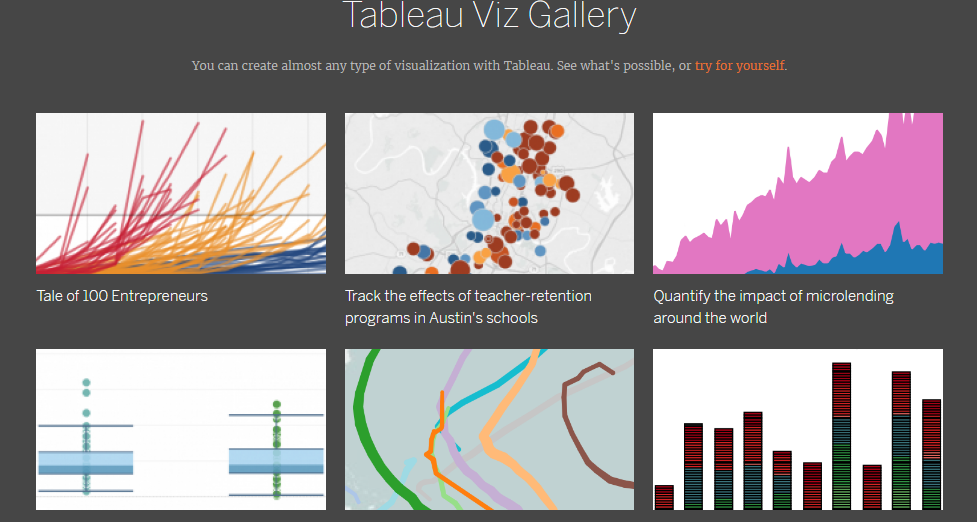 About a year back, we conducted a research asking CIOs their perception of the ‘vision’ and ‘understanding of customer issues’ by the technology vendors in selected technology segments.  The research also sought to seek the familiarity of the CIOs with specific products—in terms of whether they are using it, evaluating it, have earlier used it etc. In one of the four segments covered—Business Intelligence & Analytics—there was an extremely interesting finding.  A predominant majority of CIOs said they were evaluating Tableau, the visual analytics software. When asked if they are using it/earlier used it, there were very few answered in affirmative. It was as if there was a sudden surge of interest in Tableau.

Globally, Tableau has traditionally sold to business users on the strength of its simplicity and user experience. In many cases, the implementations have been point deployments decided by the business users themselves, often without the involvement of enterprise IT/CIO’s organization.  CIOs have traditionally relied on the software companies—SAP, IBM, Oracle, SAS and the like—for the purpose. The products from these companies, though often powerful, were too complex for the business users to make sense of, requiring assistance of IT at every step. Tableau made its case by making it really simple.

The finding from our survey was important because it is CIOs who said they were evaluating the product. After a year, the company claims, it has managed to win quite a few big names for enterprise wide deployment.

“The interesting part is the mindshare that Tableau has been able to capture in the short period of time,” says Deepak Ghodke, Tableau’s country manager for India, replying to a query from IT Next.

“We have had some big names in India expand their footprints enterprise wide,” he adds listing names such as Ashok Leyland, Marico, Eveready and eClerx. The key here is “enterprise wide”, marking a logical evolution from the status of the software a year back—when our research found that it was being evaluated by a large number of CIOs.

Going after the CIO

The India story is important because of two reasons. One, India is a rapidly emerging market for such products. Two, in India the company is beginning to taste success in its stated new strategy—going after enterprise-wide sales and bigger deal sizes. If it is winning enterprise-wide accounts, it is a vindication of the strategy working out in one of the tough and high growth markets.

Though Tableau officially entered India just a couple of years back, its free software Tableau Public has been used by many, especially in the non-profit world (This writer has used it for data journalism projects well before Tableau started its office in India).

Tableau is one of the few companies—probably the only non-vertical specific software company worth its name—that successfully managed to enter the enterprise without going through corporate IT. It used the now-proven freemium model to offer free versions of its software to make users familiar with it and then sell the premium version. Though there are narratives that this helped CIOs by helping free their resources as they no longer had to spend time on creating reports for the business users, the real story in most enterprises was different. IT, in most cases, did lament their loss of power.

The fact that Tableau managed to do this without having a cloud-based product—it added Tableau Online only a couple of years back—is significant and makes it a far bigger success story.  That’s because subscription to ‘services’ is operational expenditure budget for which has always been with the functional departments and SBUs.

However, as it grew bigger, the company realized that to actually make a profit and grow faster, it needed big enterprise sales. That is when it looked at CIOs more seriously and focused on larger deals. In the last quarter (Q2), Tableau finalized 332 USD 100,000 plus deals—a more than 40% hike from the same period a year back.  It added close to 4000 new customers.

The enterprise sale requires CIO buy-in, even today. While IBM, SAP, Oracle all talk about pitching to CEO, CFO and other business managers, when it comes to go-to-market no one has managed to close deals without convincing the CIOs. Tableau is now reaching out to CIOs in a big way. When we spoke to Indian CIOs, many of them were all praise for Tableau but are still skeptical of replacing their older tools that handle large volumes of data.

T o get into big league—by garnering more of big deals—Tableau realizes it needs real transformation—both in terms of its core product as well as an organization.

To be considered real enterprise class, it was important for Tableau to address needs of the enterprise market, in its product.

Knowing that enterprises are on a definite cloud journey, it launched its cloud product, Tableau Online a couple of years back. That was accompanied by multiple device support and added security features. While so far, these had come through enhancements, last month, it launched Tableau 10, which incorporated many of these features even while improving significantly on UX—its traditional strength.

Take IT management concerns. Tableau 10 addresses this comprehensively.  “Tableau 10 gives IT visibility into the usage of Tableau Desktop licenses and IT can also control the login experience for multi-tenant deployments with site-specific SAML IdP configuration,” says Ghodke.  For developers, new APIs have been added to enable them to write custom applications that leverage data or to embed business intelligence into virtually any app or website. That is increasingly becoming a basic need in the app economy.

Secure multiple device support is another such requirement that Tableau 10 addresses. “With support for Mobile Device Management platforms, IT can ensure the data remains safe, regardless of which device you are accessing it from,” explains Ghodke.

All this is in addition to improvements in functionality and UX—its traditional strengths.

However, tweaking product offering is only half the story. Bigger deals and getting into bigger league requires organizational transformation too. Less than a month after announcing Tableau 10, the company announced appointment of a new CEO. The choice of the CEO is a clear indication of the path Tableau wants to tread on. Adam Selipsky, who will take over from Tableau founder Christian Chabot is an AWS veteran and is a cloud man and has been hired keeping the CIOs in mind.

India might yet be a small market for Tableau. But India is its testbed for the new strategy. With clients like Marico, Infosys, Wipro, Ashok Leyland, Eveready, Blueocean Technologies, Star Health and Allied Insurance, CRIF High Mark and eClerx already in its clientele, it will be interesting to see how Tableau uses India to drive innovation and experimentation!

For the time being, though, one thing is clear. Tableau’s journey shows CIOs are still in charge and any company trying to play in the enterprise market can ignore them at its own risk.

One of the big test in the coming days will be to see if Tableau can manage to ‘replace’ the big software vendors’ tools.

Thanks for the Article you