As per Synergy Research Group (SRG) study, the revenue passed USD 250 billion, having grown by 32% from 2017 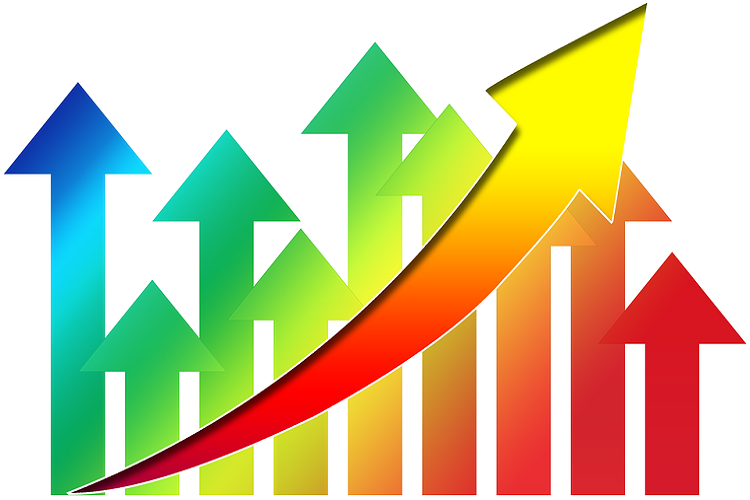 New data from Synergy Research Group (SRG) shows that across seven key cloud services and infrastructure market segments, operator and vendor revenues for 2018 passed the USD 250 billion milestone, having grown by 32% from 2017. IaaS & PaaS services had the highest growth rate at 50%, followed by hybrid cloud management software at 41%, enterprise SaaS and public cloud infrastructure both at 30% and hosted private cloud infrastructure services at 29%. In 2016 spend on cloud services first overtook spend on hardware and software used to build public and private clouds, and in 2017 and 2018 the gap widened dramatically. Despite a strong 2018 uptick in the growth rate for spending on cloud infrastructure, in aggregate spending on cloud service markets continues to grow much more rapidly. Across the whole cloud ecosystem, companies that featured the most prominently among the 2018 market segment leaders were Microsoft, Amazon/AWS, Dell EMC and IBM. They were followed by Salesforce, Cisco, HPE, Adobe and VMware. In aggregate these nine accounted for well over half of all cloud-related revenues. 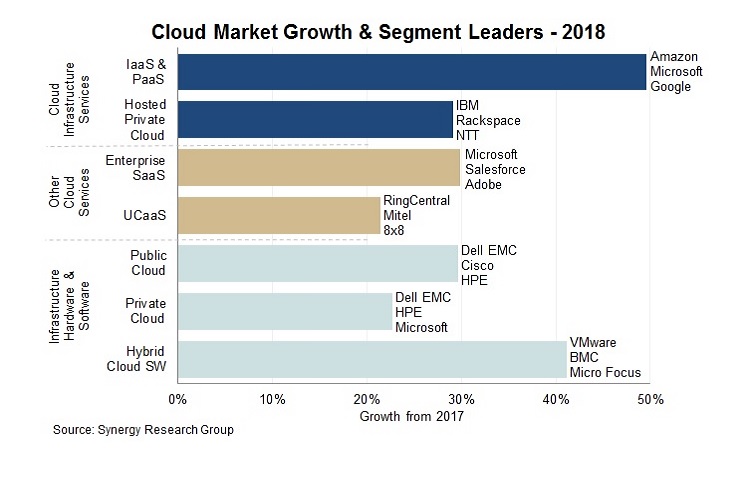 In 2018, total spend on hardware and software used to build cloud infrastructure exceeded USD 100 billion – somewhat evenly split between public and private clouds – though spend on public cloud continues to grow more rapidly. Infrastructure investments by cloud service providers helped them to generate over USD 150 billion in revenues from cloud infrastructure services (IaaS, PaaS, hosted private cloud services) and enterprise SaaS, in addition to which their infrastructure supports internet services such as search, social networking, email, e-commerce, gaming and mobile apps. Hybrid cloud management software is an extremely small segment compared to the others, but it is increasingly vital in enabling enterprises to seamlessly stitch together public cloud services and internal IT assets. Meanwhile UCaaS, while in many ways a different type of market, is also growing strongly and is driving some radical changes in business communications.

“Cloud started to go mainstream in the 2014-2016 period and we tagged 2017 as the year when cloud became the new normal. In 2018 cloud started to dominate IT spending in some areas, sucking up potential growth opportunities for non-cloud technologies and services,” said John Dinsdale, a Chief Analyst and Research Director at Synergy Research Group. “Cloud technologies are now generating massive revenues for both cloud service providers and technology vendors and our latest forecasts show that while market growth rates will inevitably erode due to the sheer scale of the numbers, the overall market will double in size in under four years.”